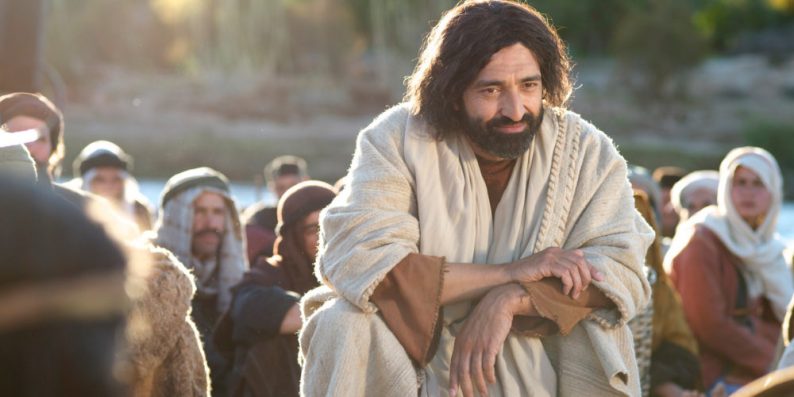 A person, an institution, a culture, does not magically become better by carrying this label ‘Christian’. The label camouflages how ordinary we really are, and how prone to failure we remain. … In the words of the old adage, Christianity is only ‘one beggar telling another where to find food’.

In a recent opinion piece, the CSU Vice Chancellor’s Chair of Australian/Indigenous Belonging, Stan Grant, laments ‘the loss and derision of faith and the substitute of cynicism’ that he sees across Western culture. This insightful piece highlights the way Christianity is enduring and growing in many places, while its eclipse in the West does the West no favours. The editors on the platform use their subheadings, as usual, to highlight Christianity as ‘receding’ and to suggest its ‘end’. But if anything, the piece is alerting us to the demise of Western culture in the absence of faith.

Grant offers a handy thumbnail sketch of movements in Western thought that brought us to this. He mentions in passing the inestimable damage done to Christian credibility through child sexual abuse. Something ought to be added here, I think, out of respect for our compatriots. Their loss of trust and interest in this ‘Christianity’ actually reflects a cluey-ness, a set common-sense smarts, that Christians ought maybe to respect.

I’ve been thinking about all this in the light of The Chosen, the new made-for-TV version of Jesus’ life. The production is crowd-funded, and freely available to all. We at St Mark’s hope to podcast some conversations about it during 2022, so I won’t say too much about it here, other than that it is very good, and that the actor who portrays Jesus shows Jesus’ kindness, his humour, and his total focus on what matters most.

As I’ve watched this rendition of the Gospels, I’ve realised that there is not really any such thing as a ‘Christian’ or ‘Christianity’. These terms are later inventions, a loose label applied to that tangled mass of humanity who were drawn, in some way, to Jesus Christ.

A person, an institution, a culture, does not magically become better by carrying this label ‘Christian’. The label camouflages how ordinary we really are, and how prone to failure we remain. Meanwhile, onlookers who see ‘Christian’ failure have very good reason to think it is just another failed brand, like ‘Enron’. Sadly, the label is always pretty useless, obscuring more than it reveals, except when pointing toward Jesus Christ. (In the words of the old adage, Christianity is only ‘one beggar telling another where to find food’.)

In The Chosen, we watch people of every label swirling around Jesus, and he is there for them all. Some do try to monopolise him. They attempt to exclude others’ access, and claim him as a ‘mascot’, of sorts. But he will have none of it. He forcefully bursts through that, connecting with anyone who comes near.

The same applies for modern Australians. Jesus is still here, for all of us. No labels need intervene (least of all the pretensions of we ‘Christians’). That’s true even for those who cannot yet come at his Resurrection. His life and teachings give you something good, whoever you are and wherever you are at. (Of course, if anyone was going to get Resurrected, it would be him. ‘Christians’ keep discovering that, too.)

Just how available Jesus is for everyone is reflected in the unbelievably successful worldwide crowdfunding of The Chosen. I don’t think we’ll ever know how many contributors are card-carrying ‘Christians’, but assuredly not all of them. So attractive is Jesus, that thousands around the world just want in on this project.

It follows from these musings that Christmas is not a ‘Christian’ festival. It is an everybody-festival.

Stan Grant is right that there are many fears and woes in this culture. Some are real, some imagined, and 2021 has been as deeply weird as 2020. Plenty of us are convinced we live in a meaningless universe. Others feel beaten down by the bullying, oppressive, risk-averse or merit obsessed gang next to us.

But Jesus is still here. He came, for us. For any of us, for all of us, whoever we are, whatever we fear, whatever we’ve done, whatever our labels. He has what it takes to bust past all that, to connect with you.