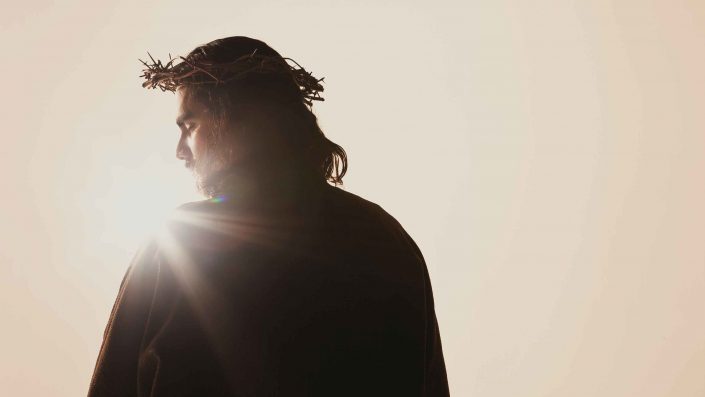 Like Lightning? Revisiting Luke 17:22–37 in Light of Recent Reinterpretations.

At the 2017 annual Society of Biblical Literature meeting in Boston, I presented a paper entitled “Like Lightning? Revisiting Luke 17:22–37 in Light of Recent Reinterpretations.” The paper reworked a section from chapter 9 of my book, The Vehement Jesus: Grappling with Troubling Gospel Texts (Cascade Books, 2017).

22 Then he said to the disciples, “The days are coming when you will long to see one of the days of the Son of Man, and you will not see it. 23 They will say to you, ‘Look there!’ or ‘Look here!’ Do not go, do not set off in pursuit. 24 For as the lightning flashes and lights up the sky from one side to the other, so will the Son of Man be in his day.[c] 25 But first he must endure much suffering and be rejected by this generation. 26 Just as it was in the days of Noah, so too it will be in the days of the Son of Man. 27 They were eating and drinking, and marrying and being given in marriage, until the day Noah entered the ark, and the flood came and destroyed all of them. 28 Likewise, just as it was in the days of Lot: they were eating and drinking, buying and selling, planting and building, 29 but on the day that Lot left Sodom, it rained fire and sulfur from heaven and destroyed all of them 30 —it will be like that on the day that the Son of Man is revealed. 31 On that day, anyone on the housetop who has belongings in the house must not come down to take them away; and likewise anyone in the field must not turn back. 32 Remember Lot’s wife. 33 Those who try to make their life secure will lose it, but those who lose their life will keep it. 34 I tell you, on that night there will be two in one bed; one will be taken and the other left. 35 There will be two women grinding meal together; one will be taken and the other left.”[d] 37 Then they asked him, “Where, Lord?” He said to them, “Where the corpse is, there the vultures will gather.”

So where do I end up? As suggestive as Lang’s re-reading of Luke 17:22–37 is, it would seem that this passage looks beyond the passion of Jesus to his parousia. Perhaps better, it looks forward to the parousia through the passion of Jesus or, better still, through perception patterned on the passion of Jesus. Luke 17:22–37 envisages Jesus as looking to the future with what might be described as bifocal vision—in the short term, to the suffering triggered by abandonment and betrayal on the part of his disciples, but also beyond that “day” to another promised “day” of the Son of humanity as yet unfulfilled.

As for Juza’s re-reading of this passage, I am in basic agreement that the “days of the Son of humanity” represent a series of related but nevertheless distinct “days” associated with the Jesus as the Son of humanity. Among such “days,” I include Jesus’ suffering and death, his resurrection, his ascension, and his final coming in glory. But on exegetical, interpretive, and theological grounds, I disagree with Juza that this passage relates to the destruction of Jerusalem, interpreted as the revelatory, but also condemnatory, “day of the Son of humanity,” which anticipates divine judgment at the return of Jesus.