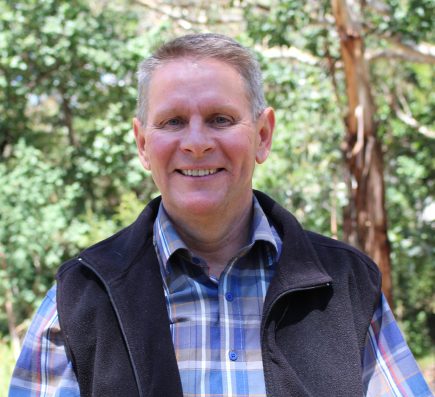 Ockert Meyer on Civility and the protection of Freedom

St Mark’s lecturer Rev’d Dr Ockert Meyer gave the message at the Parliamentary Service on Tuesday 12 February. He spoke passionately and eloquently on the importance of civility in a free world, with reference to Psalm 119:73-80 and Mark 12:28-33.

All of us are the beneficiaries of the struggles of people whose names we do not know and whose stories we have not heard. Of all the gifts we have inherited in such a way, there is probably no greater one than freedom.

There’s been a lot of talk about freedom in Australia recently: freedom of speech, freedom of religion, to name two immediate examples.

Let me begin with this statement: In a free country the greatest challenge, the greatest threat to my freedom is the freedom of others.

What do I mean by that? I mean the moment I exercise my freedom to do or say whatever I want, I limit the freedom others.

If there is one value that lies at the heart of democracy it probably is freedom. Hence the question is: how do you protect freedom?

Just as important as the content of the Old Testament Law is the time it was given. Not during Israel’s time of slavery in Egypt, but while they were on the cusp of entering into the Promised Land. In other words, the Law is given to help them navigate their freedom.

Freedom is incredibly fragile. Without some form of moral code, the gain and the sacrifices of generations will be lost. It happens much faster than we think.

One of the most poignant moments in William Golding’s classic ‘Lord of the flies’ happens just after the boys’ plane crashed into the island, before things started to unravel. Golding describes a moment where they were playing:

“Roger stooped, picked up a stone, aimed and threw it at Henry-threw it to miss. The stone, that token of preposterous time, bounced five yards to Henry’s right and fell in the water. Roger gathered a handful of stones and began to throw them. Yet there was a space round Henry, perhaps six yards in diameter, into which he dare not throw. Here, invisible yet strong, was the taboo of the old life. Round the squatting child was the protection of parents and school and policemen and the law. Roger was conditioned by a civilization that knew nothing of him and was in ruins.”

Yale Law professor, Stephen Carter, first published his book “Integrity” in 1996. It is a so-called ‘pre-political’ book – a book exploring the elements of good character, irrespective of which side of politics you find yourself. Integrity is the virtue that helps us understand what is right and to do it, irrespective of the cost. As he says, if someone has no integrity, there’s no point in asking them what they stand for.

If integrity is the tool whereby we create our moral selves, following that, we must create tools for interacting with others. This attempt to create these tools culminated in his second book two years later. This was titled ‘Civility’.

Already in 1787 the well known anti-slave trade campaigner and British politician, William Wilberforce, noticed the link between freedom and civility when he wrote in his diary: “God Almighty has set before me two great objects, the suppression of the slave trade and the reformation of manners.”

In many people’s minds, civility is just good manners. Manners form a part of civility, but civility in the way I’m using it here, is much more: when you have respect, kindness and decency, you have civility. The opposite of civility is barbarism and it’s only when we see this that we realise what path we embark on if we lose all traces of civility.

Civility doesn’t mean that we should always agree with one another; it is exactly in the way we disagree that we show our civility or the lack thereof.

When Jesus summarised the law he made it clear that love is the greatest expression of freedom and the law/civility is there to protect it. The love that Jesus speaks about is often confused with like. We think loving one another is the same as liking one another. However, the command to love one another is about respect and kindness – irrespective of whether you like people.

It is interesting that when the law is given for the second time in Deuteronomy Israel is explicitly reminded of the plight of the stranger and the orphan. In other words, understanding that freedom can lead to the temptation to only look after our own, to only care for myself. Reaching out to the other, especially the alien other, is perhaps the greatest sign of decency and civility.

I have been fortunate to be on the receiving end of this civility and can vouch for the difference it makes. In 2003 my family and I came to Australia to spend a year of adventure here. We rented a house in Deakin, strangers in a very foreign country. The second day we were there the neighbours walked over, introduced themselves, looked at the scant furniture, at the empty driveway and asked: do you need anything else? Do you have a car? If not, you can take one of ours. We don’t use both of them.

Nothing, nothing creates affection for and loyalty to a country than this kind of unsolicited generosity, trust and kindness.

Towards the end of last year ,Stan Grant interviewed Andrew Hastie and Anne Aly on his program, “Matter of Fact”. Concluding the interview he asked them in the spirit of the season to say something that they appreciate in each other. Usually getting a response to a question like that is like extracting teeth. What followed was a brilliant example of civility and generosity, of kindness and decency towards one another. Most surprising to me however, was the effect it had on me. I felt proud and elevated.

And I realised that civility spreads. That kindness is contagious.

Verse 77 of the Psalm says: “Let your mercy come to me, that I may live”. We pray for God’s mercy on all of you and all of us. Mercy to be decent, to be kind and to be respectful, in one word: civil.

That this is the only way that we will truly live; live in and from the freedom of God and the gift of God’s freedom. Perhaps the only gift that truly keeps on giving.