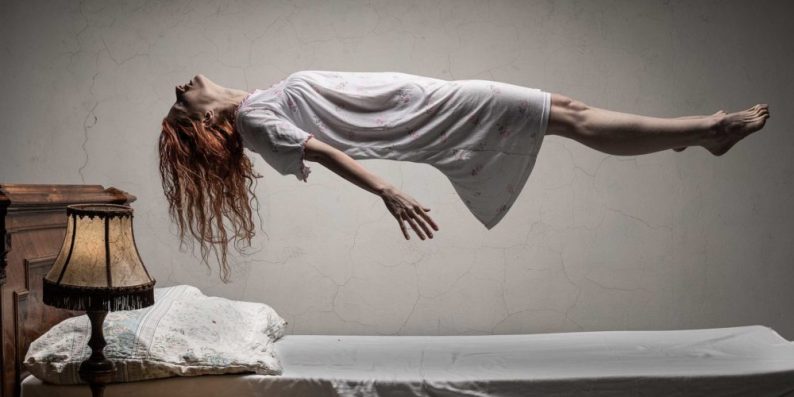 The Smoke of Satan on the Silver Screen: The Catholic Horror Film, Vatican II, and the Revival of Demonology

In his article, published recently in Journal for the Academic Study of Religion (Vol 33 No 1, 2020), Dr Bernard Doherty looks at the relationship between horror films following The Exorcist (1973) and the unease felt by conservative Roman Catholics in the wake of the Second Vatican Council (1962-1965).

Head-spinning, ceiling-climbing, and back-bending spider walking are just some of the memorable scenes that send chills down the spine. The Exorcist, released in 1973, remains one of the most influential horror movies ever made. If you’re wondering what the Second Vatican Council (1962-65) might have to do with horror cinema, St Mark’s Dr Bernard Doherty’s article sheds light on the growing interest in demon possession over the past half-century.

Focusing particularly on films such as The Exorcist (1973) and The Omen (1976) and their various sequels and spin-offs, Dr Doherty’s article outlines the significance of these films’ embrace of classic horror themes soaked in decidedly gothic and nostalgic pre-conciliar Roman Catholic aesthetic, with its baroque and bloodthirsty imagery. Such imagery and themes include traditional Marian devotion and piety; preternatural phenomena surrounding manifestations of evil; the theology of vicarious and atoning suffering; the vocational insecurity of the Catholic priest and the existence of a Satanic conspiracy of evil.

Such films emphasise the immanence of the preternatural (especially the demonic), and present a reactionary worldview in which a triumphalist Roman Catholic Church is often (though not always) seen as the sole efficacious arbiter of religious truth in a cosmic struggle between good and evil. Dr Doherty argues that these aesthetic and storytelling choices can be interpreted through the lens of post-conciliar conservative Catholic culture still nostalgic for “the theological certainties and devotional practices of the pre-conciliar Church”.

Dr Doherty was first drawn to explore this relationship between horror cinema and the Catholic church when he was conducting research on negative reactions to the Second Vatican Council. He became intrigued when he observed how so many of these horror films were sold in Roman Catholic devotional bookstores and that many Catholics seemed to have a particular interest in preternatural phenomena — especially demonic possession.

“While we are often told that spirituality is in decline, the wider popular culture success of horror films dealing with preternatural themes like demonic possession suggest otherwise,” Bernard observes.

“However, just as spirituality influences the aesthetic and narrative construction of these types of films, these films influence spirituality. I would suggest that many contemporary Christian notions about personal evil, and in particular demonology, owe more to Hollywood films than they do to the Christian tradition and careful theological reflection.

“Whether this is a positive or negative development is debatable, but I would suggest that popular culture in the last century or so has influenced a distortion or trivialisation of Christian notions of evil and has an unhealthy impact on wider Christian beliefs in this area.”

This article appears in July 2020’s issue of the Journal for the Academic Study of Religion. It is currently open to access for free. READ THE ARTICLE.

Bernard is currently the Course Director of the School of Theology at Charles Sturt University. He also lectures in history and new religions. Bernard’s research interests are wide-ranging and include New Religious Movements, Patristics, Australian religious history, Church and State issues, religion and the media. Dr Bernard Doherty’s bio.