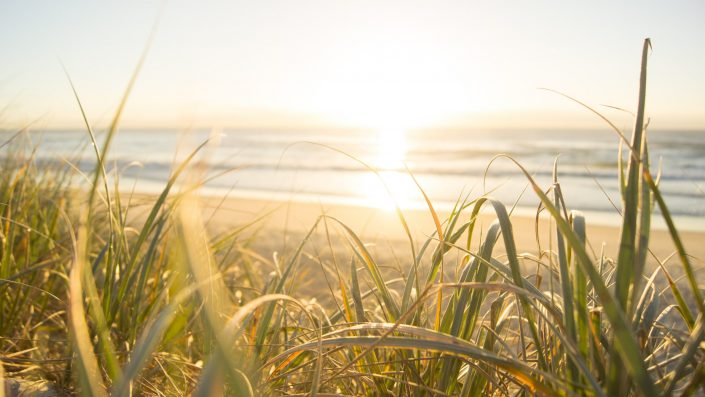 Was King David as anxious as you and I?

Reflections on Psalm 55 from our Director Rev Dr Andrew Cameron

There’s a lot of anxiety about in our community. It has not let up for a really long time now, at least since the bushfires of two years ago. Many of us have been struggling with troubling thoughts after the pandemic, or with news of war, or with rising prices, or with finding a new place to rent, or during the election, or with all sorts of pressing family issues.

I want to reflect on our general low- to mid-range anxieties that I think many people are living through. There is something called a “generalised anxiety disorder,” and it would be important to see a psychologist if anyone thought that might be their situation. Even without that, however, there are lots of ways to be anxious at the moment.

A common symptom of anxiety is daydreaming about being somewhere, anywhere else. I’ll find myself imagining being far out to sea on a boat, or lazing somewhere in a resort. (What’s yours?)

When we’re deep into anxiety, it can become really hard to believe God cares for us, or listens, or is even there at all. I came across Psalm 55 again earlier this week, and it hit me right between the eyes how common these experiences are. We see someone just wishing they could just fly away (v.6), go out into the desert, alone, and far from worry (v.7) or yearning for home, somewhere to hunker down (v.8).

Whether it’s home, or to the desert, or winging away from it all, this Psalmist simply wants to be anywhere else apart from how he feels right now, with his heart in anguish and overwhelmed with horror (vv.4-5).

If you a resilient and happy person right now, great! Perhaps keep this psalm in mind for harder seasons. There are seasons for us all, though, when this opening prayer echoes in our hearts: “Listen to my prayer, O God, do not ignore my plea; hear me and answer me,” (vv.1-2).

While those are the right words to pray, you can also see the Psalmist’s worry in them: maybe God won’t listen, won’t answer, doesn’t care. Anxiety robs us of God in that kind of way. It isolates us. It makes us desperately alone.

This Psalmist was King David, of Old Testament fame, and he writes when he was under some kind of threat of attack, from enemies mentioned in v.3 and again in vv.9-11. But the big reveal happens in vv.13–14: David’s enemy turns out not to be some stranger but someone much closer—someone with whom he went to church and with whom he had spoken about God with, someone on his team—and they are a real piece of work (vv.20-21).

Many of us know the deeply hurtful the sting of betrayal by someone close to us. If you are living through some betrayal that close to home, then this Psalm is extra-specially for you. It became extra-specially for Jesus, when Judas betrayed him, and when Peter abandoned him in the last moment. Jesus himself knows what it feels like, with every betrayed person.

Whatever the cause of anxiety, though, what follows in this Psalm are some unexpected turns—new ideas for us on what to do and who to be. For almost on a dime, David lets go of the awfulness of the betrayal, and swings his gaze elsewhere, in v.16:

‘As for me, I call to God, and the LORD saves me.
Evening, morning and noon
I cry out in distress,
and he hears my voice.’

That causes David to remember, in v.18, that ‘He rescues me unharmed from the battle waged against me, even though many oppose me.’ The Old Testament has many such examples of God doing exactly that when this King was in battle. That experience is also scalable to us. It does not take long to remember smaller moments of rescue in our world, scattered throughout our lives in all sorts of ways. Anxiety robs us of those, but ongoing desperate prayer has a funny way of bringing those memories back to us.

And in v.22 King David looks out of the page, out of his historic situation, to us readers, and says:

‘Cast your cares on the LORD and he will sustain you.’

That’s almost word for word the same as what the Apostle Peter quotes a thousand years later, in 1 Peter 5.7: ‘Cast all your anxiety on him, because he cares for you.’

You can have been a Christian a really long time, a really short time, or not at all, but we all share in common this same glitch: the way anxiety gives us desperation, tunnel vision, and forgetfulness. We zero in on the imagined threat and forget every good thing that has bought us to this point, and everything that we ever knew about God.

Which is why that simple exhortation repeats throughout Scripture: ‘throw your anxieties at him. Dump them on him, Hurl them at him. Yell them at him. Morning, noon, night, because he cares for you.’

David goes full-circle in this Psalm. He remembers in v.23 that long-term, his betrayer can’t and won’t win, and then ends on a final note: ‘as for me, I trust in you.’ It is quite a turnaround from v1.

It also seems that in the Apostle Peter’s reading of this Psalm, the the way God comes through, and the way betrayer is brought down, gives him the thought that humility toward God and each other is another good way to meet anxiety. We find it very easy to arc up and get reactive to each other when we’re anxious. In anxious times, we start to strive desperately against each other.

But as Peter leads up to his allusion to the Psalm, he calls upon them to humble themselves before God, and with each other. In other words, as Peter reads this Psalm and puts together what anxious people need, he comes up with three things:

If you are feeling super anxious, then, try those three things. Take on humility toward others. As Peter puts it, ‘humble yourself under God’s mighty hand, that he may lift you up in due time’. And cast all your anxiety on him, because he really does care for you.