St Mark’s is part of PreachFest!, an inaugural conference to inspire your preaching. PreachFest! is on in Canberra and Sydney from 1 to 3 June. BOOK NOW.

Book Canberra (St Mark's) Sessions
Book Sydney Sessions
About The Event
Refresh your preaching skills. If you preach regularly and miss hearing others preach, here’s your chance. PreachFest! is a 3-day conference where you can listen to and learn about preaching through a mix of live-stream and in-person sessions in Sydney and Canberra. We’ve lined up a wide range of experienced and renowned local and international preaching practitioners such as Mike Raiter, Sarah Agnew, Mike Frost, Sam Wells, and more. Designed with practising preachers and teachers in mind, this is a great opportunity to be ‘on the other side of the pulpit’ and to hear others preach, share ideas and resources, be encouraged and inspired, and refine your gift.

This event is brought to you by Uniting Mission and Education and St Mark’s National Theological Centre.
Event Program
All sessions will be streamed concurrently online. 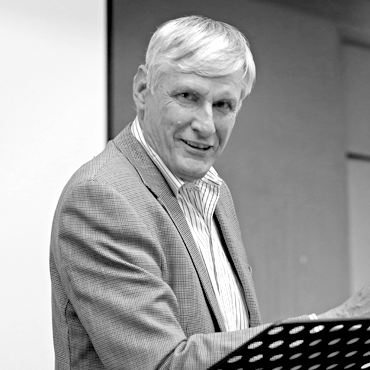 Rev’d Michael Raiter is a gifted, internationally recognised speaker of the Christian faith. Born in Liverpool, England and raised in New South Wales, Australia, Mike began his career as a high school teacher in Sydney and Pakistan. He studied at Moore Theological College in Sydney, becoming the head of the Department of Missions in 1997. On concluding his study at Moore, he returned to Pakistan to teach at the Zarephath Bible Institute. Subsequently, he worked with Church Missionary Society Australia and Interserve in Pakistan. From 2006–2011, Mike served as the principal of the Melbourne School of Theology, an evangelical theological college. Mike is currently the Director of the Centre for Biblical Preaching, an organisation that seeks to train and equip churches around the globe in expository preaching. Mike is also the author of a number of books, including Stirrings of the Soul: Evangelicals and The New Spirituality, which won the 2004 SPCK Australian Christian Book of the Year Award.
Sarah Agnew

Rev’d Dr Sarah Agnew is a storyteller, poet, and minister – this three-fold vocation and identity giving shape to a life guided by Christian spirituality. Sarah has particular skills as a storyteller and poet, and as a teacher and facilitator of workshops. Her PhD explored the way performance – oral storytelling – leads to interpretation of biblical texts. While in theological college in Adelaide, she was involved in many fresh expressions/alternative worship projects. Sarah is a published author and poet. Her liturgy has featured in Seasons of the Spirit (Woodlake), Fig Trees and Furnaces, Winter, and The Wild Goose Big Book of Liturgies volume 2 (Wild Goose), and as e-liturgies for Wild Goose Publications.
Mike Frost

Dr Michael Frost is an internationally recognised Australian missiologist and one of the leading voices in the missional church movement. His books are required reading in colleges and seminaries around the world and he is much sought after as an international conference speaker. Since 1999, Dr Frost has been the founding director of the Tinsley Institute, a mission study centre located at Morling College in Sydney, Australia. He has also been an adjunct lecturer at various seminaries in the United States. He is the author or editor of nineteen theological books, the best known of which are the popular and award-winning, The Shaping of Things to Come (2003), Exiles (2006), The Road to Missional (2011) and Surprise the World! (2016). Frost’s work has been translated into German, Korean, Swedish, Portuguese and Spanish.
Sam Wells

Rev’d Dr Sam Wells has been Vicar of St Martin-in-the-Fields since 2012. He has served as a parish priest for 20 years – 10 of those in urban priority areas. He also spent 7 years in North Carolina, where he was Dean of Duke University Chapel. Sam is also Visiting Professor of Christian Ethics at King’s College. He is a regular contributor to Thought for the Day on BBC Radio 4’s Today programme. He has published 35 books, including works on Christian ethics, mission, ministry, scripture, liturgy, and preaching. Sam is married to Jo Wells, who is Bishop of Dorking. They have two children.
Other Speakers
… and many more! VIEW SPEAKER BIOS