Join us Thursday 29 April from 6:30pm as we mark Anzac Day and St Mark’s Day with a public lecture by Professor John Moses.

John will speak on the ecumenical vision of Canon David John Garland and his hidden Christian agenda for Anzac Day.

An Anglican Odyssey: The ecumenical vision of Canon David John Garland and his hidden Christian agenda for Anzac Day

He charts the role and influence of Garland in creating and sustaining Anzac Day celebrations up to the Second World War. Looking further ahead, Moses suggests that the ‘Australian Sentimental Humanism’ that is manifest on 25th April each year needs to be radically re-functioned.

Here Moses sees a role for churches, on an ecumenical basis, in the revitalisation of this high point of Australian civil religion and reflection on national identity. Here churches must realise that they are more than “the little flock” and that they need to recover a national vision of “being there for others” (Dietrich Bonhoeffer). That can only happen by a sensitive updating of the original vision. 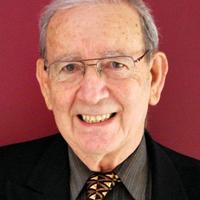 John Anthony Moses (born 10 June 1930 in Atherton, Queensland) is an Australian historian, history educator and Anglican priest. He is known for his work on modern German history, the history of trade unionism and the history of colonialism.

He has written extensively, in several books and hundreds of journal articles, on:

Please tell us if you're coming