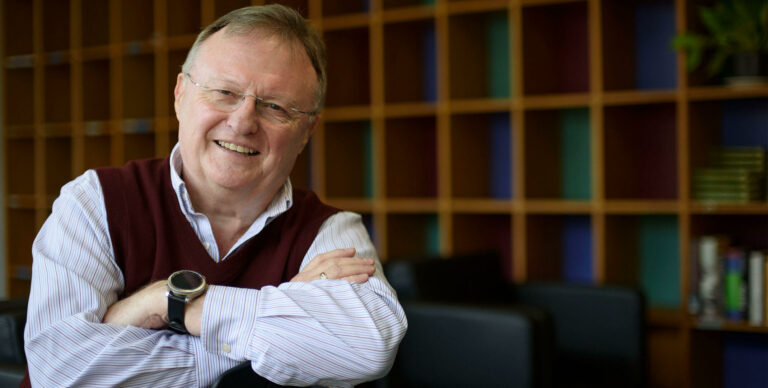 We want to take this time to congratulate Dr Peter Pocock. His retirement is well-deserved, and a significant loss to the Faculty and to Charles Sturt University. We wish him many blessings for a well-earned retirement.

In his time with St Mark’s, Peter worked under three Directors— Stephen Pickard, Tom Frame, and Andrew Cameron — and with even more Heads of School —Stephen Pickard, Tom Frame, David Neville, Clive Pearson, and Gerard Moore. He was the School of Theology’s inaugural Course Director, and immersed himself immediately in the University’s perspective and processes, which was profoundly significant for St Mark’s, St Francis College, and St Barnabas College. He established and strengthened the collegial relationship between the School and the University, and was integral in forging the partnership between CSU and Ming Hua Theological College (Hong Kong), which saw them join the School of Theology in 2017.

Peter also provided a lot of advice to the Centre for Islamic Studies and the Centre for Customs and Excise when they were made a Centre within the Faculty of Arts. Our Pastoral Counselling and Ageing and Pastoral Studies areas were fortunate to be able to call on his expertise time and again, and for several years he essentially oversaw the Master and Doctor of Ministry programs.

Even before he left St Mark’s to take up the role of Sub-Dean, Graduate Studies within the Faculty of Arts and Education, he was well-regarded across the University for curriculum development and design. He assisted various other Schools within the University in this regard, and he also served on numerous external accreditation Panels for the approval of courses and self-accrediting status for the NSW Department of Education. In 2015 he was added to the TEQSA Register of Experts in the field of Theology.

Peter brought with him a quiet diligence in how he performed his work, always willing to assist his colleagues and complete work behind the scenes in an efficient and no-fuss manner. His administrative acumen and attention to detail are well known. He also brought a unique pastoral sensitivity and care for students, going out of his way to assist students in negotiating the complexities both of theological study and navigating the often-labyrinthine pathways of various administrative requirements. Peter’s skill and effectiveness have received particular comment in relation to his more recent role as the Sub-Dean Graduate Studies in the University’s Faculty of Arts and Education.

A talented organist and choral conductor, Peter’s musical virtuosity also became a highlight at events during his time at St Mark’s. He was a long-time assistant organist for St Paul’s Anglican Church, Manuka and he is an ordained Deacon in the Diocese of Canberra-Goulburn.

He also has a huge love for his four grandchildren, and his dogs (Toby and Odi). He has a culinary flair, sense of style, and is a pretty decent architectural designer. All of which, we’re sure, will serve him well in his retirement.

We want to take this time to congratulate Dr Peter Pocock. His retirement is well-deserved, and a significant loss to the Faculty and to Charles Sturt University. We wish him many blessings for a well-earned retirement.