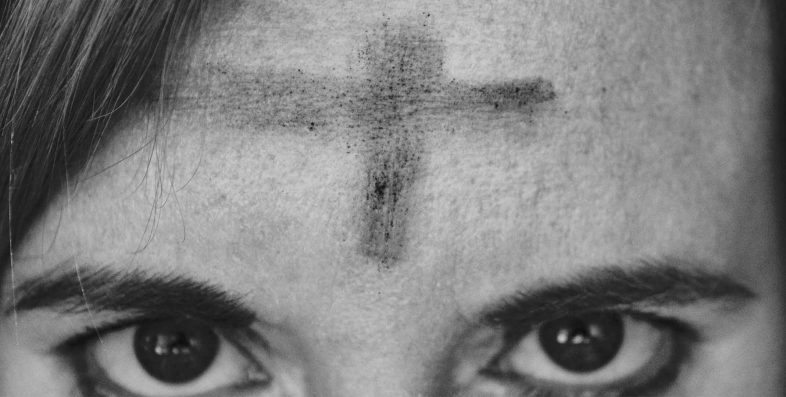 Rev’d Canon Professor Scott Cowdell, Research Professor at the Centre for Public and Contextual Theology (PACT), delivered the sermon for the Ash Wednesday Eucharist at St Mark’s Chapel on 26 February. In his address, he calls our focus to the power of the cross, and the awesome implications of ‘God’s kingdom come’. Joel 2: 1-2, 12-17; Matthew 6: 1-21

As this penitential season of Lent begins, and with it our annual journey to the cross and to resurrection, we might reflect that ours is a decidedly non-penitential time. Moreover, it’s a time in which the ultimate disruptive liberation of cross and resurrection is what’s absolutely not wanted. From domestic abusers to climate change deniers to today’s line-up of neo-fascist strongmen, the sacred can only ever be functional, propping up an accustomed world of advantage and cursing anything deviant. The sociological function of religion is allowed, even welcomed, but not the prophetic fire, not the gospel challenge, which opposes religion as it’s widely conceived. As Henri de Lubac summed up this challenge, in answer to Nietzsche, “the gospel is the only twilight of the Gods”.

In today’s readings, we see this functional version of religion put on notice. The prophet Joel proclaims a God who abandons the nation and its sacred pretentions, adrift as it is in idolatry and self-justification. Matthew’s Jesus, representing a new Moses giving a new law, contrasts respectable public piety with genuine godliness—a contrast that his subsequent journey to Easter reveals in spades.

Now, let me shift gear and flesh all this out with reference to a film. Coming to the end of its run in the cinema right now is “A Hidden Life.” It tells the true story of a young Austrian Catholic farmer, a husband and father, called Franz Jägerstätter, who was called up in 1943 but who refused to take the compulsory oath of personal loyalty to Adolf Hitler. Naturally, he was imprisoned, while his wife and family were scorned and isolated in their little Catholic village high in the mountains. Their former idyllic life was shown to be as hollow as any idyllic life ultimately proves to be, because the nature of idyll is of course conformity underwritten by scapegoating of the ill-fitting. Even his parish priest and his bishop encouraged Jägerstätter to take the oath with a clear conscience.

The Gestapo, the jailers, and the judges in a rigged court where Jägerstätter received his inevitable death sentence, were all very keen that he recanted, promising him no adverse consequences if he took the oath. Over and over he was told that no-one would know of his sacrifice, and that he would achieve nothing by it. Yet their insistent, anxious attempts to persuade him told a different story. A judge’s private conversation with Jägerstätter clearly recalls the scene of Jesus before Pilate, with this Nazi judge knowing that it was really him undergoing judgement.

The film ends with Jägerstätter outside the death chamber, waiting to be guillotined. It was said during the French revolutionary terror that the threatening presence of a guillotine in the town square was worth a garrison of 5000 soldiers! Anyway, as he waited, Jägerstätter started saying the Lord’s Prayer under his breath, in German, and when he got to the third line I sat up in the cinema, electrified. We rattle off the words “Your Kingdom come” with all the rest of this familiar prayer, but here these words in German revealed their deepest meaning: “Dein Reich komme.” Here the coming kingdom of God, declared in powerlessness, defied the Third Reich and all its terrible might

Hitler and his pagan empire of death, which drove so many to complicit silence through fear of death, met its match in this simple Christian who put the joy and truth of the gospel before personal survival. That’s all it took. Before his murderers, who claimed “the kingdom, the power and the glory” for Nazi Germany, Franz Jägerstätter ended his dying prayer on behalf of another Kingdom: “Denn dein ist das Reich und die Kraft und die Herrlichkeit…”.

Friends, today as our Lenten journey begins, we remember that ours is the same struggle, though admittedly in less extreme circumstances. In the face of every threat and every blandishment, we make our prayer “Your Kingdom come,” “Dein Reich komme,” and so with Jesus we master the fear of death and set our face to Jerusalem.

The Lord be with you…