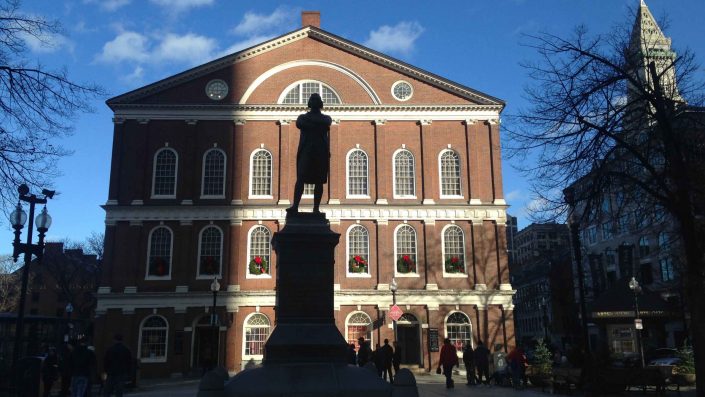 The Society of Biblical Literature annually hosts a meeting where thousands of professors and students, authors and publishers, religious leaders and interested laypersons gather to attend more than 1,200 academic sessions, and workshops. It also features one of the world’s largest exhibits of books and digital resources for biblical studies.

This Annual Meeting is one of the largest events of the year in the fields of biblical scholarship, religious studies and theology.

Rev’d Dr Jeanette Mathews, together with Dr David Neville and Rev’d Dr Mathew Anstey, attended the SBL Annual Meeting held in Boston from 18-21 November this year. Dr Mathews gives us a brief insight into the event.

The Society of Biblical Literature Annual meeting is always a rich smorgasbord of offerings, with around 50 parallel sessions to choose from. Most participants have a “specialist” area that governs their choices – in my case it is Biblical Performance Criticism but I also attended several sessions on Prophetic Literature and some lighter offerings such as “The Bible and Film”.

I attended two pre-conference workshops on Biblical Performance Criticism focused on using performance in teaching and embodiment in performance. These were excellent workshops that left me both inspired and clutching a handful of ideas to implement in the future. My own paper given in one of the BPC sessions was also focused on embodiment – I discussed Ezekiel as a “performance artist” using his own body in provocative performances to convey God’s message to his exilic audience. I offered a catalogue of Ezekiel’s performance artworks, entitling them with catchy titles that conveyed their message including “A lying prophet” (Ezek 4:4-8), “My Kitchen Rules” (4:12-17), “Ezeki-odd, the Sabre Barber of Chebar” (Ezek 5:1-4), and “Requiem Miss” (Ezek 24:15-24).

Other highlights were several papers in a section on Teaching Biblical Studies with the theme “Texts That Trigger Responses,” a study of the David and Bathsheba story through the lens of “blaming the victim,” and a joint session between five different Prophetic Literature groups to foster discussion of common concerns and methodologies and find points of connection given the splintered nature of the different program units.

The SBL meeting is also a good place to catch up with others working in similar fields, and to hear from Biblical Studies mega-stars. Even though I didn’t attend sessions with anyone über-famous, I did enjoy hearing from several scholars whose books I had used and appreciated this year (eg David Lamb, Corinne Carvalho, Yairah Amit). I also took the opportunity to join in an annual gathering of former faculty and students from the first theological college I attended, the International Baptist Theological Seminary in Rüschlikon, Switzerland.

I had an afternoon off to walk some of Boston’s “Freedom Trail” of historically significant sites from the American Revolution. It was pleasant to be out in the chilly sunshine exploring churches, meeting houses and burial grounds the commemorated America’s break from Britain.

I chose to travel light with a carry-on as my only luggage, so I wasn’t able to take advantage of the excellent discounts available at the SBL Exhibit Hall of publishers, but it was exciting to see my Habakkuk book and other new books by CSU faculty in the displays. Despite the variety of sessions of papers, it is my understanding that some people attend the Annual Meeting purely to network with others and restock their library!

I enjoyed travelling to Boston with my colleagues David Neville and Matthew Anstey, and I was fortunate to spend a few days with friends in Aspen, Colorado before returning to Canberra. It was certainly a worthwhile experience that I am sure has benefited my writing and teaching.