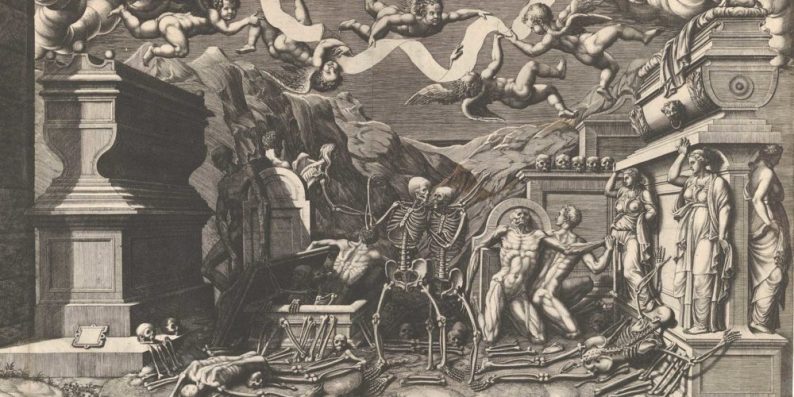 Ezekiel as a Performance Artist

Dr Jeanette Mathews reflects on the performances of Ezekiel recorded in the Bible: these individual acts presented before an audience of fellow exiles in a makeshift community on the River Chebar in Babylon around June or July of the year 593 BCE.

I recently read the novel The Museum of Modern Love by Australian author Heather Rose (Allen & Unwin, 2016). It is a fictional story woven into a real-life account of performance artist Marina Abramovi?’s 75-day performance at MOMA in New York in 2010 entitled “The Artist is Present”. Abramovi? sat in on a chair in the Atrium of the Gallery for 8 hours a day, 6 days a week, in silence and immobile, locking eyes with visitors who queued to sit opposite her for as long as they chose.

I was attracted to the content of this novel as I had conceptualised the prophet Ezekiel as a performance artist in my book Prophets as Performers (Cascade, 2020). My discovery of Abramovi? through the novel and through online searches since then has confirmed my instinct that one way to understand the prophets is to think of them as performance artists.

Over decades Marina Abramovi? has engaged in performance art in order to explore the concept of art. Her performances have been challenging emotionally, physically, and intellectually – not only for herself but for her audiences too as she pushed the perceived limits of body and mind. For her, art is all-consuming, requires fearlessness, explores truthfulness, needs to be real, not a pretence. A key aspect is the use of her own body in her performances. By communicating with her body, she says, she can never be safe or protected as an artist in a studio would be.

“The Artist is Present” was physically demanding for the artist but had a huge impact on the audience. Visitors spent entire days watching the silent exchange, and people queued for hours in order to participate in the piece. The opportunity to simply be still and present, aware of one’s breath, and in eye contact with another human being was for some a transformative experience.

The performances of Ezekiel recorded in the Bible were individual acts presented before an audience of fellow exiles in a makeshift community on the River Chebar in Babylon around June or July of the year 593 BCE. Some commentaries infer from these performances that the prophet suffered from mental illness. But the activities described could equally be conceived as performance art. In one performance Ezekiel is tied up with cords and remains silent (Ezek 3:24b-27). In another, he lies prostrate on one side of his body for 390 days and then turns to the other side to lie for another 40 days (Ezek 4:4-8). He creates and cooks food from unpleasant ingredients over open fires (Ezek 4:9-17; 24:3-13). In another performance, he cuts his own beard with a sword (Ezek 5:1-4). Twice he digs through walls with his hands (Ezek 8:8-11; 12:1-7).

Like Abramovi? and other contemporary performance artists, Ezekiel used his own body in his performances, often pushing it to its limits. He used ordinary objects and actions in extra-ordinary ways in the public arena. His performances were intended to shock his audience from their complacency, raising questions for them that opened conversation. After refusing to engage in expected mourning rituals following the death of his wife, for example, Ezekiel’s audience asks, “Will you not tell us what these things mean for us, that you are acting this way?” (Ezek 24:19).

I think it is quite valid to suggest that, like Abramovi?, Ezekiel used emotionally, physically, and intellectually challenging performances to convey truthfulness, reality, fearlessness, and to impact his audience. He eschewed a safe existence by engaging in provocative bodily acts in front of audiences who were not necessarily sympathetic or appreciative. The key difference is that Ezekiel’s motivation as a prophet was to use this artistic medium to convey God’s message, not his own ideas. The acts, sometimes in and of themselves, and sometimes followed up by verbal explanations, were not intended merely to shock or engage the audience. They were in obedience to the call of God on the life of the prophet. So compelled was he by his faith, he was prepared to surrender his own pride, dignity, and comfort for the sake of transmitting God’s word to his own people.

Ezekiel, as a performance artist, shows us that the performer who is willing to put their body on the line in the service of God’s word can make a significant contribution to the reshaping of theology and community.