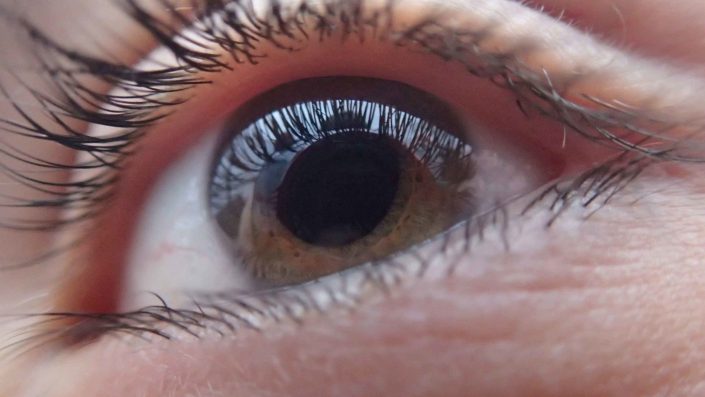 If you follow the Gospel of John closely, for the first time in the Gospel, here Jesus himself doesn’t appear in the foreground. He appears in vv1–7, then returns in v35. The events certainly pivot on Jesus, who becomes like the mountain range behind the foreground scenes. But the main character becomes this blind man, in whom the works of God are revealed.

I used to think that the works of God were revealed on him, as if he were merely some blank canvas upon whom to perform a healing.

But the drama of the text consists in his stable, clear-eyed presence throughout.

Other people swirl around him, with that same miasma of anxiety and pomposity and entitlement and fear and self-interest that John so masterfully portrays. They bicker, they cajole, they jockey for position.

No so the man born blind. As in the convention of Old Testament narratives, in v7 he enacts to the letter the instructions given to him. All that he subsequently utters embodies simplicity, clarity, economy, and the directness of one who sees clearly.

‘I am the man,’ v9, cutting through the clamour and confusion. A direct repeat of events, v11, again bringing to mind that OT convention of direct repetition as an indicator of trusting obedience.

V12, simply, ‘I do not know’. V15, another simple recounting of events, irrespective of the Pharisee’s ideology, v12. V17, the simple recognition that ‘he is a prophet’, because he has no liberty yet to say more, although he will, later, in v36 and v38.
As the passage unfolds tomorrow, you’ll hear his simple clarity continue, and then culminate in the worship of Jesus.

The passage beckons us to be such people – those in whom the works of God are revealed. I think that can admit of the joyful recounting of forgiven sin, the straightforward voicing of the marginalised, or the clear and quiet insistence that God’s good creation must be upheld. There are many works of God, all centred upon who Jesus Christ is, and what he does.

“[C]andour is of the greatest importance for the public realm itself. Candour is a simple public duty, often unperformed, or performed badly, out of simple reluctance to take responsibility for the truth on which the community depends. Behind many a story of tyranny lies collusion between oppressor and oppressed, a community that prefers to accept a shrunken public realm rather than pay the price of discerning and articulating complex truths in public.”

The man born blind became the man in whom the works of God were revealed, as he spoke with candour about what he saw in Christ and through Christ.

Let us pray that God may deign to take, remake and so use us.