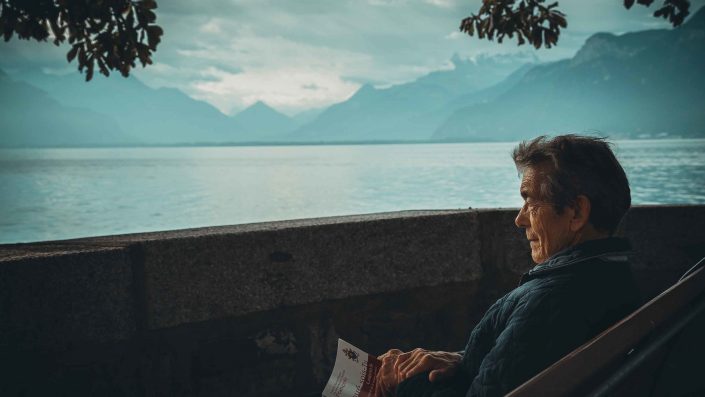 On ageing, and ageing well

Ageing is so imperceptible. My family moved to Canberra three years ago. After that, I got up every day, went to work, and did the other things. I accidentally got three years older as well. I didn’t really plan for that.

In a way, the process is a bit miraculous. We don’t hate it when a tree spreads its boughs across the sky, or when a young man and woman become strong and able. A wedding-couples parents have a whiff of stateliness to them, all resplendent in their finery and glowy joy. A grandfather playing with his grandson; a grandmother tending a baby; a very elderly person smiling and reminiscing with a middle-aged son or daughter, their faces transported to childhood or youth… something good and beautiful happens in these moments, all delivered by growing older.

Yet we speak of this process as something insidious. The prospect of age has somehow become a threat to us. A twenty-something, shifty with unease around the old, finds them vaguely repellent. A thirty-something fears the first wrinkle, then a decade later those first grey hairs. Later, it’s the fear of loneliness, illness, irrelevance, dementia. Like all anxiety (which attaches to anything), these fears are blind to much evidence. We see content older people who are well and often happy, even with their challenges. So it can be done. Yet modern Australia generates a miasma of doom and fear around something that has happened to everyone since the dawn of humankind.

Like all anxiety (which attaches to anything), these fears are blind to much evidence. We see content older people who are well and often happy, even with their challenges. So it can be done. Yet modern Australia generates a miasma of doom and fear around something that has happened to everyone since the dawn of humankind. It’s a bit odd, really.

Moments in the Bible (like Ecclesiastes 12) are realistic about ageings hardships. But we miss the celebration of people who

are like trees planted by streams of water, which yield their fruit in its season, and their leaves do not wither (Psalm1:3).

That could refer to a young person, but on the whole, it points to someone immersed over many years in Gods wisdom (here, via Old Testament law), who then brings shade, stability and calm to those around them. At our best, older people are wise. Anxious Australia sorely needs that. In the New Testament, Jesus Christ is the ‘wisdom of God’ (1 Corinthians 1:24). The wise elders are attracted to him and dwell ‘in him’. We need them. On Friday 29 September

On Friday 29 September 2017, we’re holding a Symposium on Ageing and Pastoral Studies at St Mark’s. It’s for those who want to care for those in later life, but I think it will also help older people themselves. You’ll see wise people who care for the ageing; who live with dementia; who have thought and taught about ageing; and more. I’ll be there partly because I want to find how not to live in fear of my later life, and how to be wise, and how to age well in Christ.