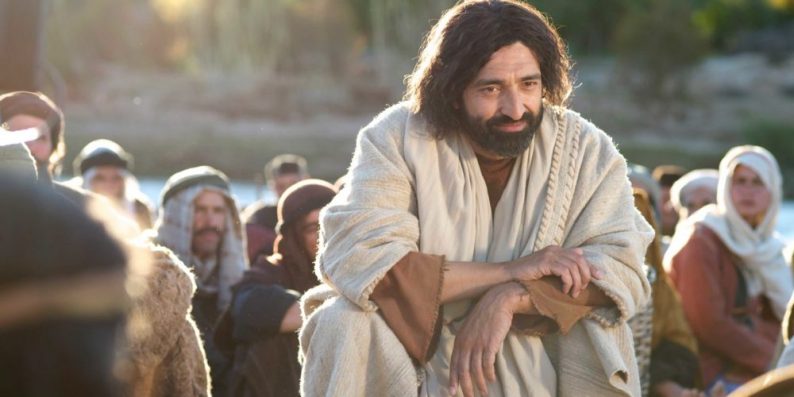 A reflection on Jesus and how he reframed the lawyer’s question to refocus on love. By Rev’d Dr Andrew Cameron, Director of St Mark’s National Theological Centre

Based on Chapel held Wednesday 1 April

We continue hearing this series of episodes taking place in the temple in God’s town, during the week before Jesus is murdered. We noticed yesterday what how barren and mistrusting and hate?filled are these times, as Jesus faces down hard, ‘righteous’, self?assured people in their den.

We heard him yesterday trying to cut through their clevel evasions of God—and it hasn’t worked. The ‘testing’ just continues. The lawyer’s question is not a friendly one. Jesus has been asked this elsewhere by the spiritually curious, but here it is asked maliciously. And Jesus repeats what he has always said on this matter: that you can discern a topography in that mass of Hebrew law—that if you inhabit the ‘loves’ mentioned Deuteronomy 6:5 and Leviticus 19:18, you know the purpose of the low given by the One who regards himself as ‘abounding in steadfast love’ (Exodus 4:6).

But it’s lost on them, and I can’t help imagining a forlornness in Jesus as yet once more, even to the last, he tries to help them see—love. Then in our ‘Part II’ there follows a riposte of his own: if you are so clever in relation to the Hebrew Scripture, what do you make of King David, in the start of Psalm 110, explicitly referring to a ‘Lord’ over David, yet being blessed by God? ‘David’s greater Son’, as this figure became known? Jesus doesn’t necessarily imply that this figure is himself. But he may. It’s unsettling, and it rattled them, and probably would have sealed his doom even without what comes next. But in Part III, the gloves are off. It had to be what killed him. The final indictment against a form of religion that makes a complete travesty of the Law of Moses that they are supposed to convey.

I can think of no more unsettling word to we who aspire to bring God to people. The ease with which we can lay burdens on others, and become religious narcissists, is utterly haunting, and absolutely as impenetrable now as then, if we enter that space. The escape from narcissism is plainly said: be servants. Not, ‘act like servants’, in some weird Christian narcissistic perversion of Jesus’ words. Just let’s be them. And love God, his Messiah, and our neighbours.

Now that would be a great outcome, COVID or not, this Lent.

This reflection was part of St Mark’s Chapel Service conducted online at 10:30am on Wedmesday 1 April 2020.