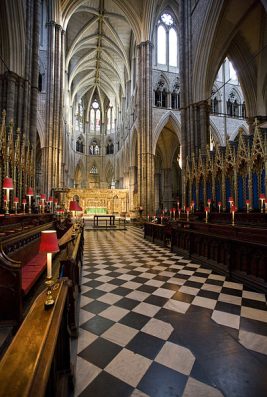 The Funeral and Common Prayer

I confess: I watched, live, the whole of the London segment of the Queen’s funeral. What drew me in was the way it began: the slow march into Westminster Abbey of the coffin, preceded by clergy, proceeded by family, to the voices of an acapella choir proclaiming (singing doesn’t quite capture it) the funeral sentences.

No sonorous organ flurry, just the measured, solemn yet steadying sound of human voices, speaking, as one, words of both lament and hope.

The first three of these sentences are, in fact, simply the short pieces of scripture prescribed at the beginning of the Order for the Burial of the Dead in the Book of Common Prayer (1662). (The rest are extracts from the opening prayer of the earlier 1549 prayer book, and sentences from later in the service.) The Order instructs: “The Priest and the Clerks meeting the corpse at the entrance of the Church-yard, and going before it, either into the Church, or towards the grave, shall say, or sing …”. There is absolutely nothing special here for a queen. This was the way all funerals once began in Christian England and its colonies – held by a book that had been created to enable common prayer, prayer for all people, rich and poor. And indeed, drawing on the tradition of the Book of Common Prayer, many funeral services in Anglican or Episcopal churches still begin in this way.

Of course, not everyone gets to have William Croft’s masterly setting of these words (one of the sentences is actually the work of Henry Purcell, who Croft saw as the master). Croft (1678–1727) was, at the end of his short life, organist at Westminster Abbey and his Funeral Sentences have long been used at state and royal funerals. But, theoretically at least, they could, perhaps should, be sung at yours or mine (no pressure!).

What struck me as I watched and listened was the familiarity of the words of these sentences: they are words I know well, from being formed in scripture and immersed in the liturgy of the church, from leading funeral services, albeit in updated language from our more modern prayer books, and indeed from some of the great music that has arisen from of the Christian tradition (Handel’s Messiah in particular, of course). This familiarity arises in part from my religious and cultural heritage (I sang in my village church choir before I migrated to Australia with my parents, a £10 pom), but also, and more importantly, from the faith that I have embraced as an adult and stumblingly endeavoured to live out. Those first words, “I am the resurrection and the life”, boldly proclaim the Jesus that I follow, in whom I too have found resurrection and life, and in whose company I hope to end my days. Jesus as ikon, the reflection, of God.

I wonder how those gathered in Westminster Abbey heard those words. Their generous invitation and their audacious claim (the “I am” echoing Moses’ encounter with the Divine in the burning bush: the mysterious ground of being, transcendent, wholly Other). Archaic? Just part of the ritual and pageantry that the English are apparently “so good at”.  Quaint? At bit of an embarrassment perhaps? Anachronistic? Something to be rid of in a post-Christian, post-colonial world.

Many commentators have rightly observed that the death of Elizabeth II has an epoch closing quality. And in many ways that door has long been shut. In Australia, the National Memorial Service held in the Great Hall of Parliament House was almost entirely a non-religious affair, with speeches and performances compared by a media personality, and a wattle placing ritual invented for the occasion. Ceremony without the transcendent. Entirely appropriate for a secular state. And yet I find myself longing for more.

The Queen’s funeral reminded me, once more, of our loss of the practices of common prayer, even within Christian churches – and why I believe that it is so important for Christians to retain, and in fact rebuild, some of that commonality in our communal prayer. To treasure, rather than deride, our rich heritage of worship forms, texts, rituals, music, and spaces – and especially the poetic way in which these things can nudge us beyond small selves, to see ourselves in the light of the Eternal.  If nothing else the Queen’s funeral reminded us that ritual is not a dirty word, and that liturgy, carefully crafted communal worship, has the capacity to hold us in the deep places of human life with dignity and humility.